Sometimes you just have to go for it. You just have to make something decadent. I had a feeling this was going to be delicious and I was right. It’s not the healthiest of creations, it’s not the trendiest, but boy, I couldn’t stop eating it. 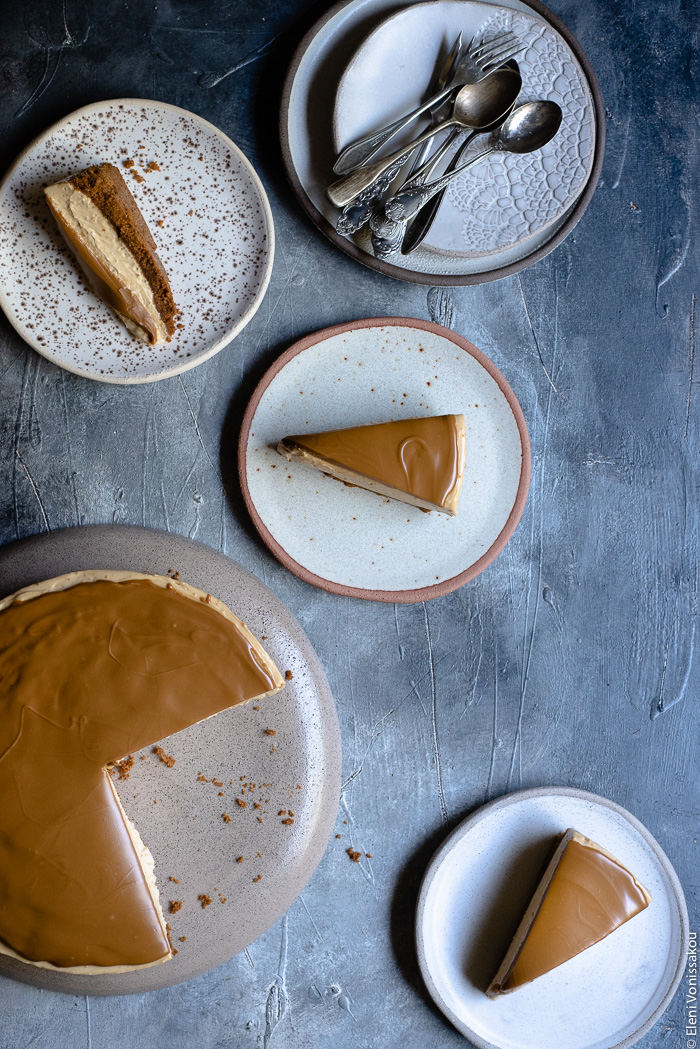 I first came across real-life speculoos spread in a little shop with imported foods here in Athens. It was ridiculously expensive but I got it anyway, because I’d been hearing about this stuff for years and I’d never got around to trying it. 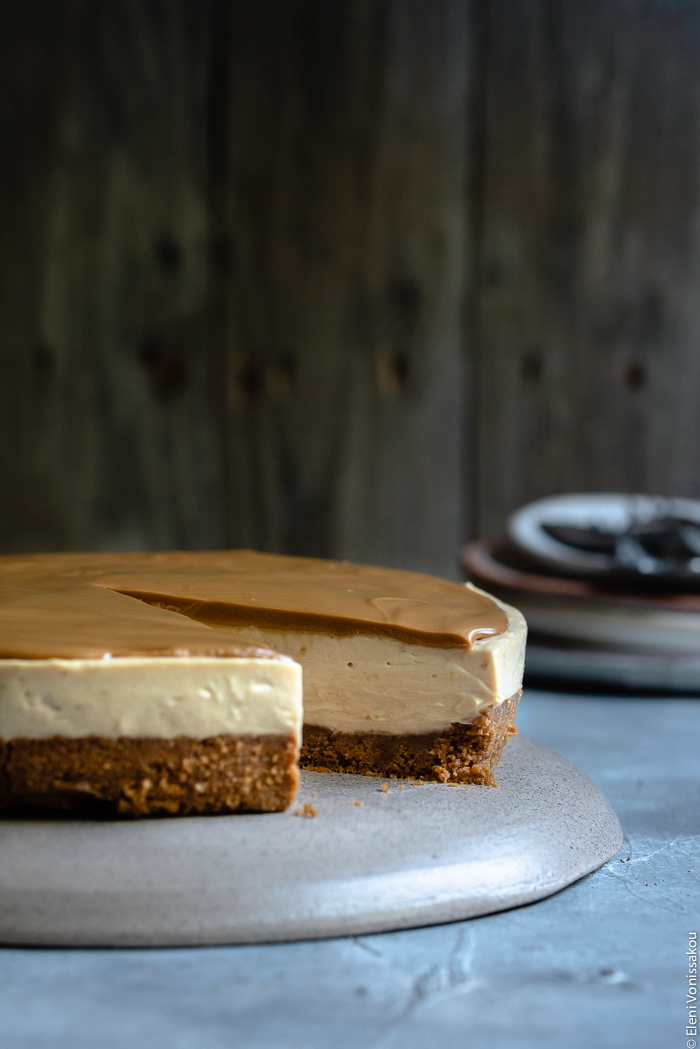 I took it home and after much coaxing persuaded the Mister to try a tiny bit. I knew he would love it but since he hates all kinds of nut butters he was very suspicious. He tried it, said “hm, that’s nice” and next thing I knew, a few days later, a package arrived by post from a major eshop. Inside was a 1.6-kilo jar of speculoos spread. We hadn’t even got through the first 400-gram baby one! But hey, I wasn’t complaining. Luckily it lasts for ages. Having a significant amount of this stuff meant I could finally experiment and make a cheesecake with it. When you’ve paid 9 euro for 400 grams you don’t want to use half of it in a cheesecake you’ve never made before! I shouldn’t have worried though, because a) the experiment worked first time around, and b) I like the cheesecake even more than I like eating the spread straight up. Now that is saying something. 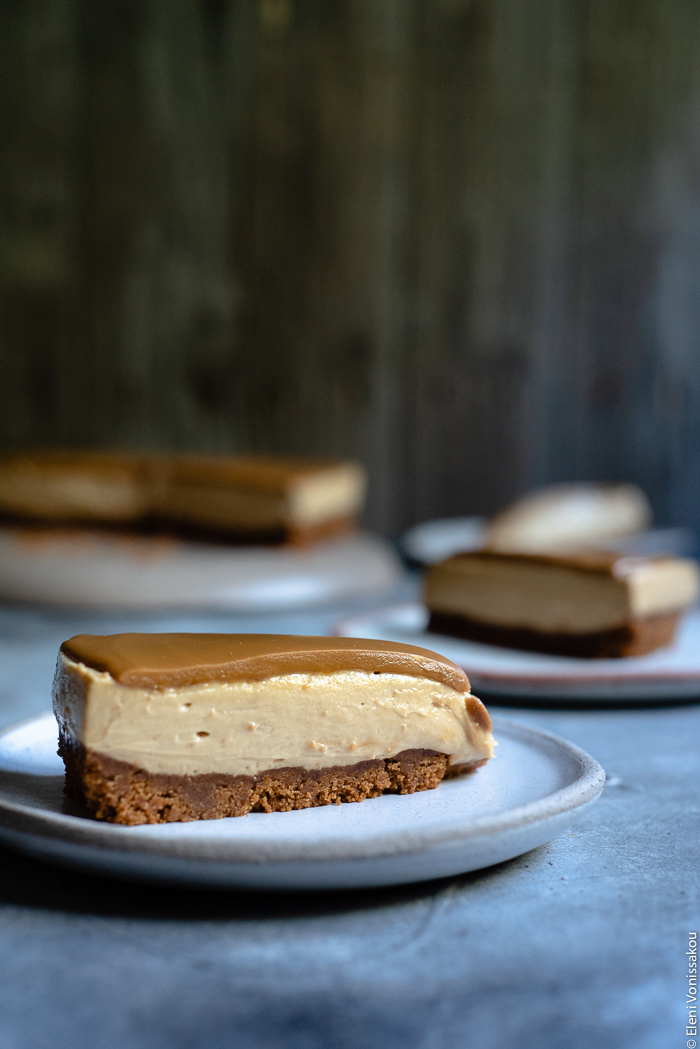 Anyway, I know it’s a bit of a bummer for those living in Greece, as finding speculoos isn’t as easy as popping to your local supermarket. But you guys, it’s so worth the extra effort. Get online and order a big ol’ jar of it, then use it any way you can imagine. In this cheesecake (obviously), on bread, on tsoureki (Greek sweet bread), on lagana (Greek sesame bread eaten on the last day before Lent), melted over ice cream, or just dig a spoon in there. It’s so good. Speculoos spread is made of crushed speculoos biscuits. It’s also known as biscoff spread or cookie spread depending on where you are. In Europe the best known brand is – I think – Lotus.

Mix the melted butter into the cookie crumbs. Transfer to a 21-22cm springform pan and press down firmly (with your fingers or the back of a spoon) to form the cheesecake base. Pop it in the fridge.

Beat the cream cheese, 200 grams of speculoos spread and icing sugar together until smooth.

In a clean bowl with a clean electric whisk, beat the cold cream until it forms stiff peaks. Gently fold it into the speculoos mixture until incorporated. Transfer to the biscuit base and smooth out before returning to the fridge for a few hours to set.

If you want you can melt some more speculoos spread and drizzle it over the top of the cheesecake. In the pictures I’ve used too much (long story, it’s in the notes) so I suggest 70 grams of spread melted in the microwave.

Note:
So yeah, I tried to make a pretty pattern with the drizzle and failed epically. My solution was to just pour a whole load of speculoos spread on top and smooth it out. It looks way better but taste-wise it was a bit over the top, hense my quantity suggestion above.